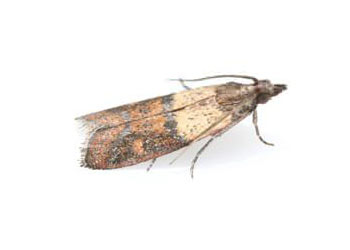 The Indian Meal Moth was given its name after an insect scientist found it feeding on corn meal, also known as Indian meal. From wing tip to wing tip, adult moths measure from five-eighths of an inch to three-fourths of an inch long.

Attracted to the light, these bugs are found worldwide in areas where food is stored, such as grocery stores.

Indian Meal Moths can be found in all 50 states.